Violet, Paul and Kenneth at the Not Forgotten Association’s royal garden party at Buckingham Palace

Thanks to Ealing Community Transport (ECT), three Ealing war veterans attended a royal garden party at Buckingham Palace hosted by Princess Anne where they joined hundreds of other service personnel to be honoured for their service to their country.

Earlier this month, an ECT driver picked up the three veterans Violet, Paul and Kenneth from St David’s Home in Ealing. They enjoyed a delicious lunch, explored Buckingham Palace gardens and had the opportunity to meet other veterans and celebrities.

Organised by the Not Forgotten Association, the event brought together 2,500 war pensioners and service personnel of all ages with their carers and family members. It is an annual event for the association, which provides holidays, outings and leisure support for service personnel and veterans who are wounded or who have disabilities.

John O’Rourke, ECT’s driver on the day, described his experience:

“I’d driven around Buckingham Palace on many occasions but never into the Palace, so it was with some excitement that I drove my bus with passengers from St David’s Home through the Palace gates.

“At this point, I hadn’t realised that I was also invited. So I buttoned up my ECT signature yellow polo shirt and walked on into one of the grandest events I have ever attended.

“There were five of us in our party: three veterans, including two wheelchair users, a family member and a carer who were made to feel welcome from the moment they left the bus. On our way in we stopped to chat with Beefeaters and posed for pictures with them. After a fabulous buffet, including cucumber sandwiches, we were free to explore the royal gardens to the tune of a royal band – along with a smattering of celebrities, not to mention Princess Anne!

“I felt extremely lucky to have been able to attend, and it was wonderful to see the men and women who are proud to have served their country being honoured with this opportunity: it is one they will never forget.”

Jackie, who accompanied her father Kenneth, told us:

“It was truly a pleasure and privilege to be there amongst service men and women young and old who have served their country over the years – just an amazing day.

“The visit to Buckingham Palace was a way of saying thank you to people who have made this country a better place. There was a mutual respect between the generations, each acknowledged and recognised.

“It was particularly touching to see young veterans who had lost limbs in recent conflicts helping lift my father’s wheelchair over the steps.

“John was absolutely brilliant, he added to the day and was very much part of our group rather than just a driver. We can’t thank him enough, and without ECT’s specialist vehicle we could have never got there. Thank you.” 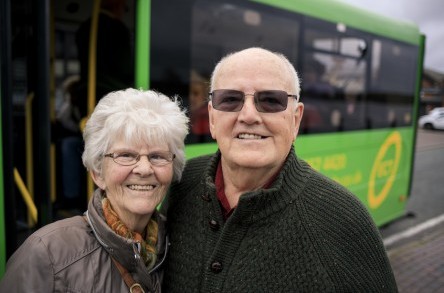 Summer snapshots from ECT in Cheshire 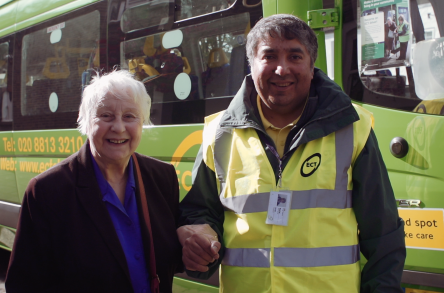